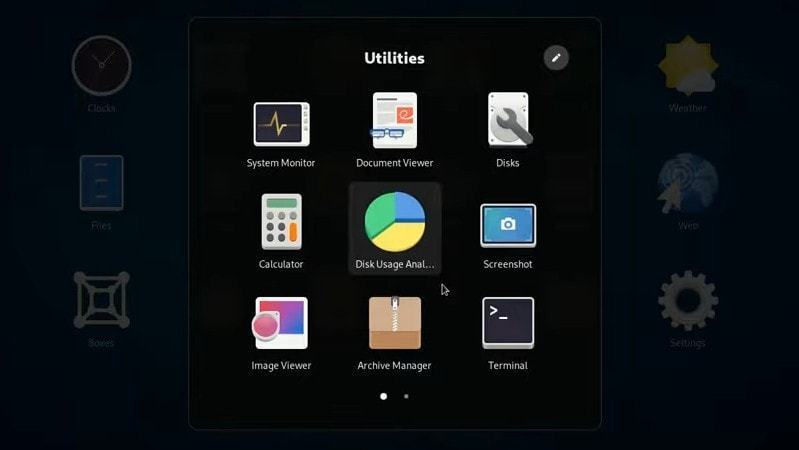 GNOME 3.36 brought some much-needed improvements along with a major performance boost. Now, after 6 months, we’re finally here with GNOME 3.38 with a big set of changes.

Here are the main highlight of GNOME 3.38 codenamed Orbis:

The app grid or the app menu will now be customizable as part of a big change in GNOME 3.38.

Now, you can create folders by dragging application icons over each other and move them to/from folders and set it right back in the app grid. You can also just reposition the icons as you want in the app grid.

Also, these changes are some basic building blocks for upcoming design changes planned for future updates — so it’ll be exciting to see what we can expect.

The notification area is a lot cleaner with the recent GNOME updates but now with GNOME 3.38, you can finally access calendar events right below the calendar area to make things convenient and easy to access.

It’s not a major visual overhaul, but there’s a few improvements to it.

You will observe a parental control service as a part of GNOME 3.38. It supports integration with various components of the desktop, the shell, the settings, and others to help you limit what a user can access.

Some subtle improvements lead to massive changes and this is exactly one of those changes. It’s always annoying to click on the “Power Off” / “Shut down” button first and then hit the “Restart” button to reboot the system.

So, with GNOME 3.38, you will finally notice a “Restart” entry as a separate button which will save you click and give you a peace of mind.

Also, window screencasting had several improvements to it along with some bug fixes:

The GNOME calculator has received a lot of bug fixes. In addition to that, you will also find some major changes to the epiphany GNOME browser.

GNOME Boxes now lets you pick the OS from a list of operating systems and GNOME Maps was updated with some UI changes as well.

Not just limited to these, you will also find subtle updates and fixes to GNOME control center, Contacts, Photos, Nautilus, and some other packages.

There’s a bunch of under-the-hood improvements to improve GNOME 3.38 across the board. For instance, there were some serious fixes to Mutter which now lets two monitors run at different refresh rates.

Previously, if you had one monitor with a 60 Hz refresh rate and another with 144 Hz, the one with the slower rate will limit the second monitor. But, with the improvements in GNOME 3.38, it will handle multi-monitors without limiting any of them.

Also, some changes reported by Phoronix pointed out around 10% lower render time in some cases. So, that’s definitely a great performance optimization.

You can find a details list of changes in their official changelog.

GNOME 3.38 is indeed an impressive update to improve the GNOME experience. Even though the performance was greatly improved with GNOME 3.36, more optimizations is a very good thing for GNOME 3.38.

GNOME 3.38 will be available in Ubuntu 20.10 and Fedora 33. Arch and Manjaro users should be getting it soon.

I think there are plenty of changes in right direction. What do you think?