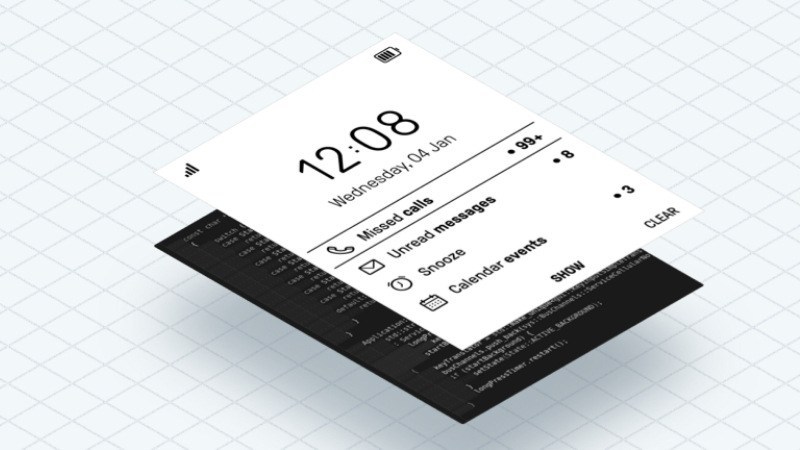 Find the always connected smartphones too distracting and privacy invasive? Let’s go back to the pre-2010 era and enjoy the simplicity of feature phones but with a modern design with MuditaOS.

There are a few open source mobile operating systems existing already. Let me add one more to this list.

Unlike most other mobile operating systems, MuditaOS is not interested in serving smartphones. Let’s have a look at it.

MuditaOS is a beautifully designed E Ink mobile operating system. You might have come across the E Ink display with electronic eBook readers like Kindle or Nook.

The E Ink display itself is soothing to the eyes and MuditaOS makes it even more beautiful with its minimalist approach.

Here are the components of a basic phone running MuditaOS:

Since this is all too 2007-ish, MuditaOS has a companion desktop application available to manage the phone.

Mudita Center application is available on Linux, Windows and macOS. Connecting the phone to the computer and using this application, you can do the following:

What devices are available?

MuditaOS is specially created for their own Mudita Pure phones that come on pebble gray and charcoal black colors.

The phones are water resistant with IP54 rating and though it supports 4G network, you cannot use internet on the phone. You’ll have to tether it with your computer to use the data network on the computer.

It also has ultralow SAR antenna to minimize the mobile radiation exposure. Another good thing is that their speakers and microphones are by Harman so expect top quality audio.

You can preorder a Mudita Pure phone on the link below Keep in mind that pricing is astronomical compared to other feature phones.

As of now, I am not aware of any device other than the ones from Mudita running MuditaOS. This is rather new on the scene.

The name Mudita is inspired by the Sanskrit word ‘Mudit’ which means ‘happy’. Recently when the developers open sourced their project they mentioned, “open-sourcing MuditaOS goes along the line of our “You’re happy – I’m Happy” philosophy”.

I know that working on feature phones in the age of smartphones may sound like a bad idea but keep in mind that feature phones are still not obsolete. There is still market for these phones among older people and for people who don’t want to spend too much on phones just for making calls.