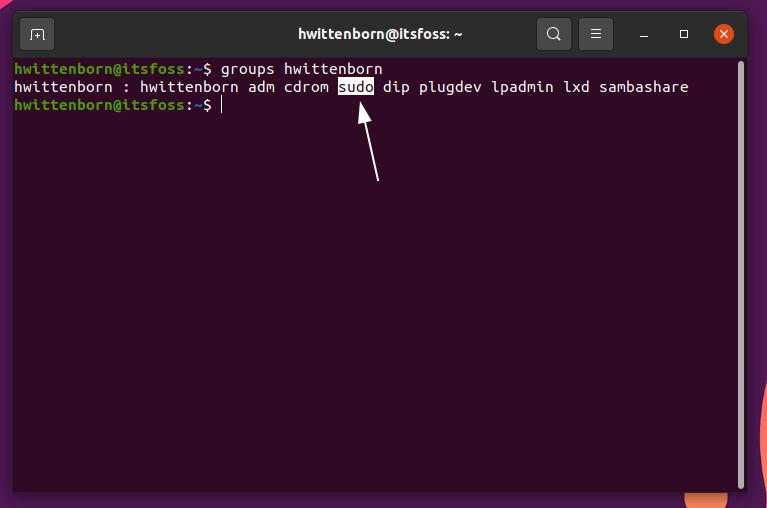 When installing Ubuntu, you’re asked to create a user, and that user gets sudo access by default. That’s good, because you need root privileges to do things like perform updates and install packages(probably wouldn’t be too nice if any user could do that).

But what about new users you created after installing Ubuntu? What if the new user also needs sudo permissions?

In this tutorial, I’ll go over the steps you need for adding a user to sudoers in Ubuntu, from both the command line and a GUI.

Note: this tutorial is not about creating users in Ubuntu. I’m assuming any users you’re doing this for have already been created. Lastly, to give sudo access to another user, you must have sudo access yourself.

Giving a user sudo permission from the command line is just a single command if you know the username of the user:

Let’s go over what that command just did:

If you don’t know the exact username, you can list the users on your system using the compgen -u command. You’ll find the username near the end of the command’s output.

How to verify if the user has sudo access

Alternatively, you can log in as the other user you just gave sudo access to and run a command with sudo. For example:

If everything’s set up correctly, it’ll output I am root!. If you get an error about the user not being in the sudoers file, try going through the instructions again, or you can use the graphical method below.

Giving sudo access to a user on Ubuntu Desktop

Giving a user sudo permissions on Ubuntu Desktop is a simple two-step process:

Step 1: Open up the Settings application, go to ‘Users’ and click ‘Unlock’. Enter your password when prompted to do so.

Step 2: Toggle the Administrator switch to on.

And that’s it! If you want to see if it worked, log in as the user you gave administrator permissions to and try running the same command as before. Look for the same output as mentioned before.

With that, you’ve given a user sudo permissions! The commands should be mostly, if not completely functional on other distros such as Debian, Fedora, or Arch Linux.

If you have any questions or suggestions, feel free to leave them in the comments.