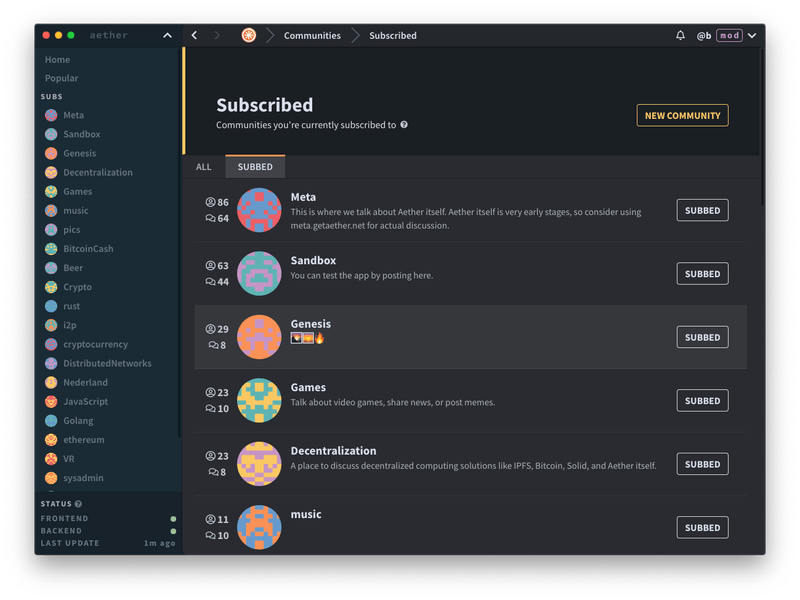 You probably are aware that Facebook is going to share the user data from its ‘end to end encrypted’ chat service WhatsApp. This is not optional. You have to accept that or stop using WhatsApp altogether.

Privacy cautious people had seen it coming a long time ago. After all, Facebook paid $19 billion to buy a mobile app like WhatsApp that hardly made any money at that time. Now it’s time for Facebook to get the return on its $19 billion investment. They will share your data with advertisers so that you get more personalized (read invasive) ads.

If you are fed up with the “my way or highway” attitude of the big tech like Facebook, Google, Twitter, perhaps you may try some alternative social media platforms.

These alternative social platforms are open source, use a decentralized approach with P2P or Blockchain technologies, and you may be able to self-host some of them.

I’ll be honest with you here. These alternative platforms may not give you the same kind of experience you are accustomed to, but these platforms would not infringe on your privacy and freedom of speech. That’s a trade off.

On Minds, you can post videos, blogs, images and set statuses. You can also message and video chat securely with groups or directly with friends. Trending feeds and hashtags allows you to discover articles of your interest.

That’s not it. You also have the option to earn tokens for your contributions. These tokens can be used to upgrade your channel. Creators can receive direct payments in USD, Bitcoin and Ether from fans.

Aether is an open source, P2P platform for self-governing communities with auditable moderation and mod elections.

The content on Aether is ephemeral in nature and it is kept only for six months unless someone saves it. Since it is P2P, there is no centralized servers.

An interesting feature of Aether is its democratic communities. Communities elect mods and can impeach them by votes.

Mastodon is already known among FOSS enthusiasts. We have covered Mastodon as an open source Twitter alternative in the past, and we also have a profile on Mastodon.

Mastodon isn’t a single website like Twitter, it’s a network of thousands of communities operated by different organizations and individuals that provide a seamless social media experience. You can host your own Mastodon instance and choose to connect it with other Mastodon instances or you simply join one of the existing Mastodon instances like Mastodon Social.

At the core, LBRY is a blockchain based decentralization protocol. On top of that protocol, you get a digital marketplace powered by its own cryptocurrency.

We have covered LBRY on It’s FOSS in the past and you may read that for more details. If you are joining LBRY, don’t forget to follow It’s FOSS there.

Here’s another blockchain based social network governed by cryptocurrency.

KARMA is an Instagram clone built on top of open source blockchain platform, EOSIO. Every like and share your content gets, earns you KARMA tokens. You can use these tokens to boost your content or convert it to real money through one of the partner crypto exchanges.

KARMA is a mobile only app and available on Play Store and App Store.

PeerTube aims to resist corporate monopoly. It does not rely on ads and does not track you. Keep in mind that your IP address is not anonymous here.

There are various instances of PeerTube available where you can host your videos. Some instances may charge money while most are free.

Diaspora was one of the earliest decentralized social networks. This was back in 2010 and Diaspora was touted as a Facebook alternative. It did get some deserving limelight in its initial years but it got confined to only a handful of niche members.

Similar to Mastodon, Diaspora is composed of pods. You can register with a pod or host your own pod. The Big Tech doesn’t own your data, you do.

Like most other blockchain based social networks, Dtube is governed by DTube Coins (DTC) that creator earns when someone watches or interact with their content. The coins can be used to promote the content or cashed out from partner crypto exhcnages.

Unlike the end to end encrypted chats in WhatsApp, Signal doesn’t track you, share your data and invade your privacy.

Signal rose to fame when Edward Snowden endorsed it. It got even more famous when Elon Musk tweeted about it after WhatsApp sharing user data with Facebook.

Signal uses its own open source Signal protocol to give you end-to-end encrypted messages and calls.

There are some other platforms that are not open source or decentralized, but they respect your privacy and free speech.

There is also Element messenger based on Matrix protocol which you may try.

If you had to choose one of the platforms from the list, which one would you choose?